Message from the Other Side 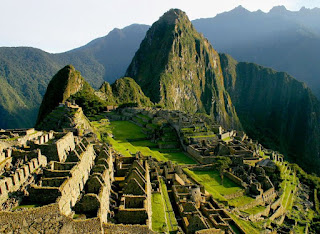 [image from 67pics.com]
This morning I was joking with a friend about Life After Life (which I believe in). She was saying she figured she would be one of the few occupying lower realms  in Heaven, designated kitchen duties or some other lowly form of service.
I replied, "Me, too. I've always thought I'd be one of the cleaning staff, or some other work detail, because somebody has to maintain Heaven, right? And I'm so good at it!"

But then I told her a true story that would reassure anyone that there is a loving acceptance awaiting us, and compassion for our faults.


When I was taking hospice training, one of the other trainees, a nurse named Kathy, told us an amazing story. When she was a young nurse, newly and scientifically trained, she was a skeptic. She had no faith then, in anything that had no scientific basis in fact. On the ward where she was working, there was an elderly lady that everybody loved. One day she went into cardiac arrest, Code Blue was called, there was great effort to revive her, but finally the doctor pronounced death and left the room. The nurses were all crying, because this woman had been so loved, and someone - to lighten the atmosphere, and with no disrespect - said something funny. They were both laughing and crying. Kathy was in the process of actually tying the identification tag on the lady's toe when she looked up and saw she was pinking up.
Kathy ran into the hall: "Mrs. W. is pinking up!"

The doctor thundered down the hall, Mrs. W. was trying to breathe. They whisked her up
to  ICU and Kathy went on with her job and her life for two weeks without thinking much about it.

Then one day, on the ward, she saw Mrs. W. walking towards her with a big smile on her face. "I have a story to tell you," said Mrs. W. Kathy started to shake her head because she knew something was coming she wasnt prepared for, something that might just change her entire way of thinking and being. But Mrs. W. insisted.

"When I died," she began, "I was up on the ceiling looking down at you. The Doctor said this and someone else said that and you were all laughing and crying. I could see and hear everything. I could see myself down on the bed.


"Then I went to a place of great love and peace, where there was welcome and acceptance for me. And angels were there, helping me. And my husband's hand reached down to me from Heaven, and I just placed my fingers against his palm, when he withdrew his hand and told me, "No, now is not your time. I wanted to go with him, but he said no.
"And then the veil between this world and the next was pulled back, and I could look down and see the earth. I could see the whole globe, turning in the cosmos. It was so beautiful. And lights were flashing all over the world, millions of lights. Some were shining steadily, some were twinkling, but some were darting out far beyond the earth, more powerful and brilliant than all the rest.

" I asked the angels who were with me, 'What are those lights?' and they told me, 'Those are prayers, and the brightest and most powerful ones are the prayers of mothers for their children."

That moment started Kathy on her spiritual quest, which took her to such places as Macchu Picchu.

I recommend, for anyone interested, two definitive books on the topic: Life Arfter Life, by Raymond Moody and Many Lives, Many Masters, by Dr. Brian Weiss, M.D. 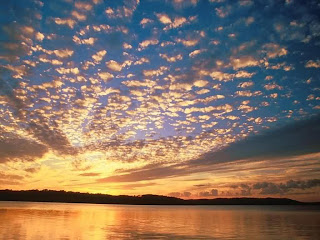 [image from mormontemples.com]
Posted by Sherry Blue Sky at 12:51 PM

Email ThisBlogThis!Share to TwitterShare to FacebookShare to Pinterest
Labels: life after life, prayers