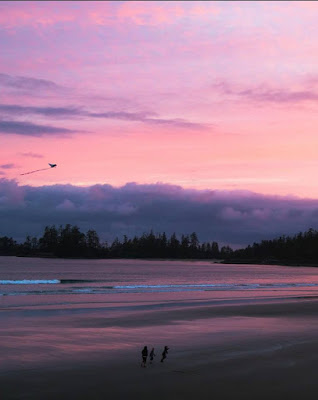 Each day
is framed
by sunrises and sunsets.
What we do in between
is our lives,
days drifting by dreamily,
as if there will
always be
more time.

Let's remember
to stop often,
look up at the sky,
smile at passing dogs
and people,
commune with trees
and waves,
breathe deeply
the gift of the hours
that are ours,
scatter
handfuls of happiness,
be grateful.

for Sumana's prompt at Midweek Motif: Seize the Day. 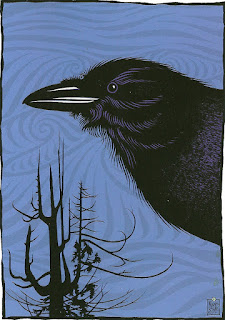 My inner bird is, perhaps,
the raven with her gobble-cry,
or maybe the cheep of a small sparrow.
Perhaps a mourning dove.

How many times can the heart break?
As many times as are required of us.
I turn on the news.
The young are rising.
Thank God.

My inner bird must be
a tough old bird,
because we’re still here,
still outraged,
and our hearts still fire with hope
when the young raise their voices
and speak their painful truth
- our painful truth -
to corrupt power.

My inner bird
shrieks with a pain
I cannot release
for fear the walls will tumble.
All identifiable walls have tumbled
but, thankfully,
there is cement and mortar,
and willing hands
to help us
build them up again.

For Kerry’s prompt at Real Toads: to write a poem as a one-sided conversation to a disinterested audience. The governmental audience is certainly disinterested, in anything but their own agenda.

Also shared with the Poetry Pantry at Poets United.

Emma Gonzalez, 17, a survivor of the Marjory Stoneman Douglas High School shooting, calls bullshit on the status quo. This is how strong one voice can be.

place twigs between
my nest and yours
share nuts and seeds

we old ones grow weary
of fighting the same fight
let us listen to the young
saying "we call bullshit"
and "enough!"
march with them
add our voices to theirs
sing a more hopeful song

LOVE IS WHY I CAN NO LONGER EAT BLUEBERRY MUFFINS 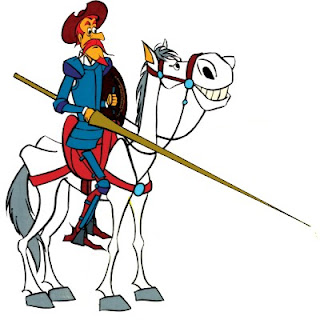 
He was my last Valentine.
I told him, I have one relationship
- one last stab at hope –
left in me,
and I don’t have ten more years
to heal another broken heart.

He nodded.
But he was sly.
He knew all the words,
and I never played "the game".
Later, it was revealed
he had two others on the string,
“keeping his options open”,
while he plied me with
sweet promises of forever,
leading me past the point
of healthy, instinctive fear.

When he told me oh, so sorry,
he was "confused",
he "needed time"
(to try out the other two)
he said he’d miss
my blueberry muffins.
Would you believe I made him
one last batch,
before I left his house that midnight
and drove the long road home?
Yes, of course you will totally believe it.

I got my revenge, though.
No, no poison in the muffins.
I lived on and got to be me.
He still had to remain himself:


a befuddled Quixote,
tilting his misguided lance
at all the pretty ladies. 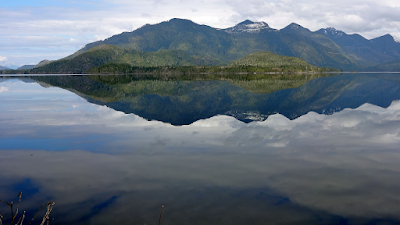 I am driving home through the mountains,
and I'm writing this poem to you,
Mother Earth,
because you dazzle me.
This morning,
you have your best
blue sky and sunshine on.

Tall trees are draped
in winter snow jackets,
and  lake and  sky
change places,
the water is so clear.

Around every corner,
vista after beautiful vista
leaves me breathless,
and the only word I have for you,
today,
again and again, is
"Woooooowwwwwww!" 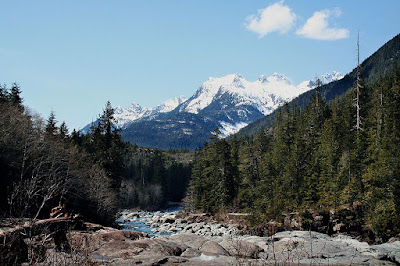 
I drove through the mountains heading home this morning, and didnt have my camera with me. If I had, I would have stopped twenty times, the beauty was that breathtaking. The scenery is always spectacular, along that highway, though the road itself is a bit worrisome. But this morning, Mother Nature exceeded herself. She pulled out all the stops.  I wrote this poem in my mind as I traveled. I am now back at my desk, and have a lot of catching up to do. It is a glorious sunny day and I am ecstatic to be here, on the West Coast, on Planet Earth, in early spring. 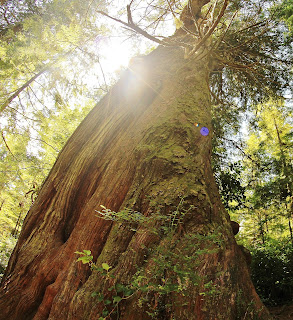 This is not the actual Stairway to Heaven tree,
but is one of the trees on the Tall Tree Trail
on Meares Island

I climbed the
Stairway to Heaven tree
that first summer,
when all the world
was bathed in
gold and green.
The trees were prayers,
the forest my cathedral.
I had found the place
of perfect harmony
and peace.

She had laid herself down
along an incline,
and a tree friend had notched
gentle stairs in her girth.
Step by step,
one climbed her
to the stars.
I sang her song
as I tiptoed
towards the sky.


For Susie's prompt at Real Toads: Stairway to Heaven. There is a huge old growth fallen tree by this name on the Tall Tree Trail across the bay from Tofino. As it fell on an incline and there were stairs gently notched in, I could, when I was young, climb up it towards the sky. There are trunks there so enormous you wouldn't believe it. It felt unlike any place I have ever been and far holier than a church. Here is my photo of the Hanging Garden Tree along that same trail. 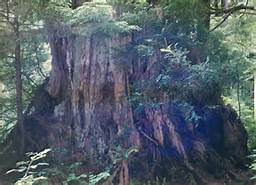 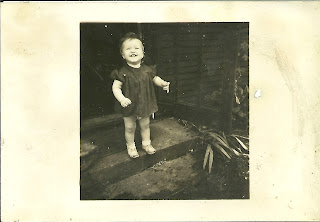 My first word was "oosh" for "shoe".
The shoes kept growing bigger
as I walked a million miles
through childhood summers,
through evenings looking in windows,
in the city,
dreaming of the home
I would one day have,
and then
through long autumn afternoons
pushing a baby carriage,
wearing out tires and footwear.

I walked my way from city to country,
from desert to seaside,
and back again.

I am still walking, my shoes now
an old woman's sturdy black
with orthotics,
that carry me up and down the shore,
rejoicing.

Of Moon and Stars 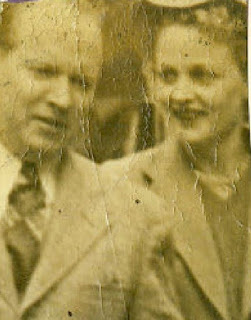 My Mom and Dad

He hung the moon for her
and she lit up his night sky.

He jumped over a piano,
and down from the stage,
to meet her
when he saw her walk in.

So much love,
yet their life was hard.
She stayed with him
through it all.

When he died,
she held his fedora to her chest
and walked up and down
along the creek,
for hours,
crying.

The sky had gone dark.

So much love,
so much regret -
so much to grieve.

My dad played alto sax and clarinet in bands all his life. My mom walked into one of the dances, seventeen, a beauty, long blonde hair falling down her back, and he did jump over the piano and down from the bandshell to meet her when he saw her walk in, a fact my mom smiled over all her life.

Shared with the Poetry Pantry at Poets United.

Standing With the People of the Earth 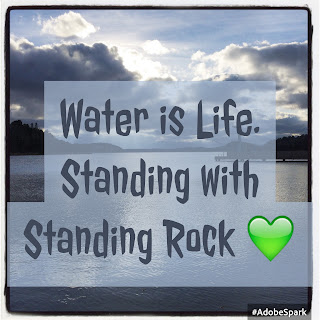 A feather lies in the mud
at Standing Rock.
Fallen from a brave warrior,
it holds the prayers and dreams
of generations:

They stood frozen in the snow, unmoving,
against the water cannons, the tear gas,
the rubber bullets,
sustained brutality,
peacefully, prayerfully,
because they believed
justice would be done,
the water and their sacred land
would be saved,
when it is so simple and so clear:

Then the Orange Man, with satisfaction,
signed his dishonourable name
and the oil barons clapped their hands,
the billionaires all smiled.
Because money rules.
Money always rules.

But theirs is a temporary win,
because the spirit liberates.
Either enough of us will stand up
to save this suffering world, or,
in a not-distant time,
they will thirst
along with all the rest
of earth and its creatures.
None of their billions can produce water,
when all water is dead
and thick with oil and plastic.

A feather lies in the mud at Standing Rock,
symbol of a brave people
whose cause was just,
who stood under assault
for all of us,
who shared a dream of social justice
the fat cats will never understand.

Mni wiconi.
All my - all our - relations.


A week after taking office, trump okayed the go-ahead for the Dakota Access Pipeline without a need for review of environmental factors. In fact, he has stripped most environmental protections and is dismantling the Environmental Protection Agency's Office of Environmental Justice. He is proposing peaceful protestors be charged criminally, though there are a bunch of people in Washington I think deserve criminal charges more.

Big money wins, for now, and all of us lose. The planet and all of its inhabitants, and we are many, will suffer the results. Meanwhile, oil spills and chemical explosions continue apace. "Clean coal" is the new mantra. Cough, cough.

Even in Canada, we are disenchanted with the charismatic Prime Minister Trudeau, who, like all politicians, once in office becomes hobbled by the capitalistic model of money being all that matters, and has approved the Kinder Morgan pipeline and the continuation of the doomed, financially and morally insane Site C dam above vociferous protest by the people. Money rules.

A more hopeful note: February 6, 2018: "Oil investors, Marathon shareholders, want the oil company to explain how it weighs environmental and social risks, given the treatment of Dakota Access Pipeline protestors. They have called for a human rights risk report after Standing Rock." One young protestor has just been given three years in jail for peacefully and prayerfully bearing the assault of the militarized police at Standing Rock.

Of course, all of this is moving way too slowly.