To End All Wars 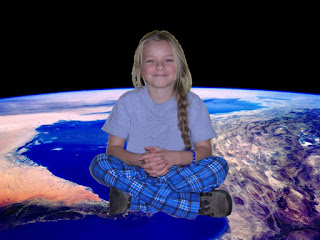 War is the final destination of hatred.

This is a quote from the dvd To End All Wars. I look at this sunny hopeful radiant face above, one of the Indigo children,  and think of children all over the world, trusting adults to create a safe world for them to live in.

As I watched the end of the documentary Trinity and Beyond last night, they touched on the issue of radiation causing cancer. In the government-speak of the day, they filmed a man explaining to the public, "There may be a 'few' people who develop cancer as a result of exposure to radioactivity from these detonations. Radioactivity affects the plant life and water on earth, and is carried into plant-eating animals which humans consume."

[He failed to mention we all also breathe.]

He went on, "These 'few' may be considered unknown soldiers, in a war that hasn't been declared, a war that our development of these weapons has prevented."

Pardon me while I have a hissy fit!

I reflect upon the rise in cancers all across North America in recent decades.

There are more than a few "unknown soldiers" in a war they never signed up for.

They finally stopped testing in 1963. Then other countries began.