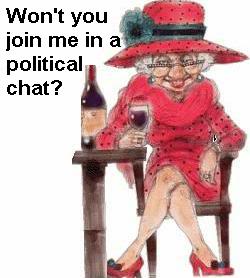 
Post-truth,
the president-elect is taking
a crash course in adulting.
His aides question
whether he can make the leap.
His "landslide election"
means he is revered "bigly"
in some parallel universe
of his own delusion,
which is all he needs -
that, and a mirror.

Alt-rights are bleaching all their whites,
preparatory to reclaiming the 50's.

A chatbox will soon be installed
in the Oval Office
for taking daily briefings.
Perhaps Artificial Intelligence
could do the work of governing
while the prez is busy tweeting?

Hygge, if ever actually
experienced
in the political arena,
will never be felt again
in the halls of power.
Everybody rational is in
a serious state of woke,
having traded in
the Audacity of Hope for
a new syndrome called
Election-Stress Disorder.

for Mama Zen's prompt at Real Toads, to use some of the following words:

adulting: behaving in a way characteristic of an adult

bigly: a word made-up by someone not operating with a full deck

alt-rights: an ideological grouping associated with extreme conservatism
(as we watch the emerging from the shadows of the neo-nazis and skinheads

chatbox: a computer program to simulate human conversation, especially over the internet

hygge: a feeling of cozy well-being

woke: an African word indicating a state of being alert to injustice in society, especially racism