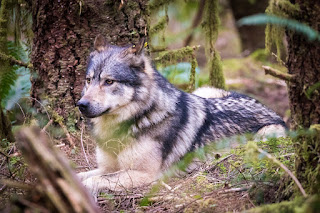 Takaya, beloved by Vancouver Island residents,
killed by a hunter March 24, 2020
TJ Watts photo
For eight years, you loved me,
watched me, told stories about me,
listened to my songs.
I was your connection
to the wild,
to Mystery,
to a world in which you have
forgotten you belong.
You love wolves, you say,
yet hunters are allowed
to kill us every year.
"It's legal," they justify.
But is it right?
Of you, my kind
lives in great fear.
We live in peace.
We stay as far away from Man
as we can.
But you have left us little space
in which to be.
And every time there is a choice
of territorial rights,
you choose you
and murder me.
That day, I was
enjoying the sun.
I had not eaten yet;
the day had just begun.
I smelled his presence,
but other humans
had been kind.
The bullet hit me with such shock.
He left only my tag
behind.
I see some of you have tears
that I am gone.
It was prescience,
the lonely notes
you heard last winter
in my song. 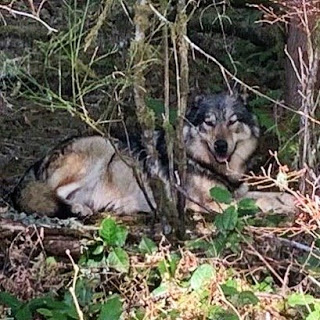 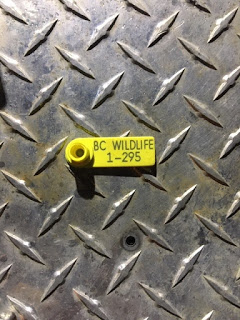 Takaya's tag
Takaya lived for eight years on a small island within swimming distance of Victoria, the southern point of Vancouver Island. First Nations believed he carried the spirit of one of their elders who died just before his appearance. He lived wild, on his own small island, but had formed a trusting relationship with a photographer, Cheryl Alexander. Sometimes when she was sitting just being near him, he would lie down at a short distance. Through her photos, and those of TJ Watt, who took the photos in this post, the public came to know and love Takaya.
All winter in 2020, people heard his lonely howls. In March, whether looking for food or seeking a mate, he swam to the city across the bay and trotted down the city street. I feared for him. Because he was so beloved, wildlife officials did not dare to kill him, as is often the case in such situations. They tranquilized him and released him in unfamiliar territory, which usually spells a death sentence for a wolf, alone in other wolves' territory. But, as usual, it was a human, a trophy hunter, who killed him two weeks later. Hunters are allowed to kill two wolves a year.

We know it was Takaya, because he was the only wolf on Vancouver Island with a yellow tag. It broke the hearts of many. WHEN will humans evolve enough to allow wild creatures the same right to live we claim for ourselves? Asking for my friend Takaya.


for Brendan's wonderful prompt at earthweal: The Animal Gaze - most often, a tale of struggle.