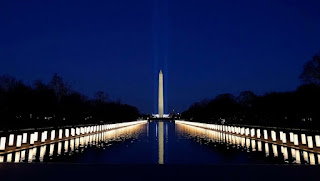 No words for the lives, human and
non-human, lost to covid,
to extinction, to flood and famine,
to wildfire and winter storm.

No words for the ways of death
we keep living, in spite of clear evidence
that we are committing ecological genocide.

How to wrap one's mind and spirit
around the guilt of our species,
especially we white colonists
who have emptied the Garden,
and put nothing back?

The unsayable words: Mea culpa.
The unanswerable truth:
have we wakened too late
to restore and heal Mother Earth?

The nightly news has become
a litany of devastation
to which we become immune
in order to live with
any hope at all.

The unsayable turns itself
into words at 2 a.m.,
as we lie awake
staring at the ceiling,
knowing the bill is coming due,
during our own lifetime,
knowing it will be our grandchildren
who will pay the steeper price.

Meanwhile, the conspiracy theorists
are setting matches to snow,
to see if it melts, because the Texas storm
had to be a hoax.
For them I have no words at all.
Their reason has fled.

for Brendan at earthweal: The Unsayable

I saw a report that some people actually believe the Texas snowstorm was a hoax. I think a portion of our human population has lost its mind. Sadly, they seem to have a lot of support in their determination to seize back control and make the rest of us as crazy as they are.