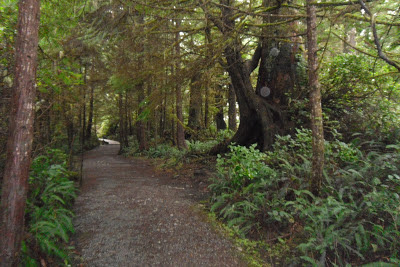 “I’m sorry,” the specialist said. “Given the ultrasound, the testing doctor and I think it gives every appearance of being malignant.” The lump on my ankle had started growing. It now was the size of an egg from a small speckled hen.

“Get it off!” said the doctor who did the pre-op tests, recoiling.

I could gross my grandkids out by asking, "Do you want to squeeze it?"

Oddly, I felt no fear. I thought, well, this is the pathway we’ll be going down, a diversion from the one I had assumed I was on. I readied myself for the journey. I put on my wolf medicine: a silver wolf head on a leather thong, my wolf sweatshirt; I took up my walking stick. Ready.

They fast-tracked me to the oncology clinic in the city. The surgeon and his team wafted in the door on a tide of positive energy. All smiles, he looked at my egg. “It looks to be encapsulated. If it is benign, we’ll just take it off and you won’t need to come back.”

Wow. I had not known that was a possibility.

All went well. It was encapsulated, and benign, and when I got the news, I had to re-adjust my thinking once again from the harder path I had thought lay ahead, to one that was, itself, much more benign.

With gratitude, with the understanding I had been granted a great gift, I would get to enjoy yet another spring. And more after that.

For Magaly’s prose prompt at Telling Tales With Magaly : to write the story of one of our poems in prose. This one is from the poem "Traveler, Diverted On the Path", written in February 2013. The one regret I had, when I thought my energy would be going towards battling cancer, was that I had not archived my work in book form. With this reprieve, I immediately began doing so and now have a nice little shelf of books to (hopefully) keep my life’s work from being taken to the landfill when I die. Smiles.

Email ThisBlogThis!Share to TwitterShare to FacebookShare to Pinterest
Labels: Telling Tales with Magaly