The One Who Speaks of Pictures In the Sky 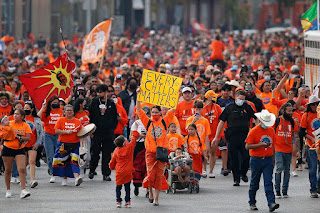 John Woods/Canadian Press photo
The One Who Speaks of Pictures in the Sky
can see the faces of the lost ones, the ones
who never made it home. Tears are sorrowing
for the children, whose pain, whose cries,
were not heard then, but are
still being felt and heard today.
He hears the voices of the ancestors,
grandfathers and grandmothers, on the wind,
crooning "Stand strong. Stand tall."
With her papoose on her back, she sings
a soft lullaby for all the children
pulled from their mothers' arms,
taken to cruel, dark hallways far from home.
The small child on her back
waves a tiny hand. I think of
all the small hands and hearts
those years ago, and the black robes as cold
as ice who caused so much pain.
He speaks his pain with power and strength:
addressing the Monster that swallowed his youth
and tried to erase his culture. When he
returned, all grown, and stared at the school,
he did the impossible. "Monster,
I forgive you," he said. "This is where
I earned my diploma of survival."
I listen in awe at the stories of
a beautiful people, who have suffered
and overcome so much
and who still love to laugh.
I hear you. I see you.
Your beauty, your courage, shines.
Your drum is the heartbeat
of Mother Earth. Your song is Truth.
May we mamalthni hear you well.
Today was the National Day of Truth and Reconciliation in Canada.

The Honourable Murray Sinclair, speaking at the event, was introduced as the One Who Speaks of Pictures In the Sky. He was chairman of the Truth and Reconciliation commission.

The Monster refers to the powerful poem "Monster", about residential school, by survivor Dennis Saddleman.

Mamalthni is the Nuu-chah-nulth word for white people. 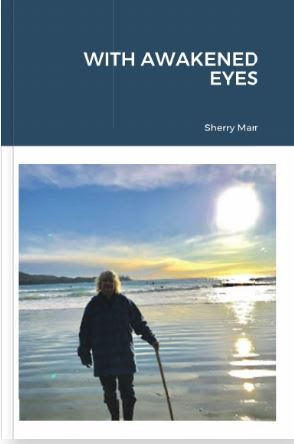