Picking a Peach in the Garden of Love 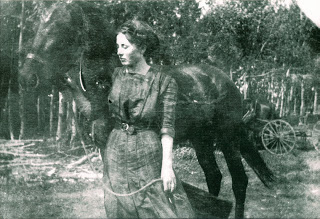 All her life, my grandma told us "I was the only farm girl, back then, who rode for pleasure."  ("Back then" was the last years of the 1800's and early 1900's, when horse and buggy was the usual transportation.)

One day, she galloped into town, stopping her horse with a flourish that raised dust, catching the eye of the town's most eligible bachelor, the handsome new bank manager, Wilford Marr.

Soon he came calling. She was his "Floss" for the rest of his life.

"The town girls were all mad that he chose a farm girl," my grandma would always say, with satisfaction.

They raised five kids through the Depression, in a big old white house on Lorne Avenue, in Saskatoon. My grandma did the family laundry by hand in the bathtub, all the sheets and pinafores and dresses that created so much laundry back then. In the prairie winters, she hung the wash outside, where it froze solid. Then she brought it indoors and stood the pants and dresses up around the rooms to thaw and dry.

Jobs were scarce. My grandpa did accounting for whoever would hire him. Often, in those hungry years, he got paid in coal, or potatoes, occasionally a chicken - whatever a client could pay, he brought home to feed his family and keep them warm.

My grandma had a kind heart. Even when life was so harsh, when tramps came to her door, she found them something to eat. (And they came often; word got out.)

My mom recalled walking home through the brutal prairie cold, anticipating a pork chop for dinner. When she arrived, a tramp was sitting at the table polishing off her chop. She told the story with chagrin sixty years later, still missing the taste of that pork chop she never got to eat.

My grandparents passed their fiftieth, and then their sixtieth anniversaries before my grandpa died at ninety-three. Grandma lived on to be a few weeks short of a hundred years old.

"I picked a peach in the garden of love," she would muse. "Those town girls were so mad, but Wilf chose me." 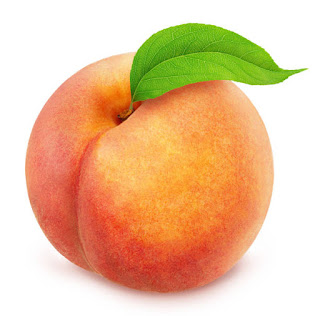 
Inspired by the photo at The Sunday Muse, and also 367 words for Rommy at the Pantry of Poetry and Prose  at Poets United.