This Poem is an Elf, a Grandma and a Cup of Tea 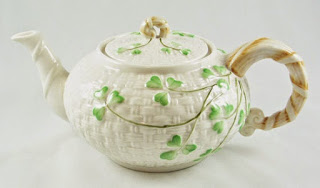 This poem is chock full of elves
clustered under a speckled toadstool in the forest.
They are hiding from a small girl-child,
peeping out from under the toadstool's rim
with eyes that winkle and shine.
This poem is a conclave of elves.

This poem is a small girl sitting in front of the fire
listening to stories, on long, quiet winter afternoons.
"Watch the blue fairies, dancing in the flames,"
her grandma says, and she looks,
and sees the fairies.
This story has no beginning, and no end.

This poem is a song sung by druids
in the springs and groves of a woodland dell,
as violet shadows lengthen at close of day.
This poem has standing stones in it, and ghosts,
myth and blarney from County Cork,
laced with a spoon of golden honey
in a shamrock teacup of amber verbena,
a cup of my grandmother's tea.

* Celtic and Welsh meanings for the word druid are seers, and sorcerers. Poets may be numbered among this group. Smiles. They played an important part in ancient pagan Celtic society according to Wikipedia.

This poem, written in 2015, is (mostly) patterned after Hannah Gosselin's wonderful Boomerang Poem form, introduced at Real Toads in 2014. One of my favourite forms. Sharing it with my friends at Poets United, in the Poetry Pantry, great reading every Sunday morning.